Schmidt et al. (2016) presents a sample of 24 objects with emission lines consistent with being Lyα at redshifts around or above 7, at the heart of the epoch of reionization. The figure shows the redshift distribution of these line emitters. Taking advantage of the GLASS 1σ flux limits of 5 x 10-18 erg/s/cm2 (not corrected for lensing magnification) in each of the GLASS spectra, the Lyα emitters were assembled via visual inspection of the GLASS spectra of a sample of more than 150 photometrically selected Lyman break galaxies, in the first 6 completed GLASS clusters. 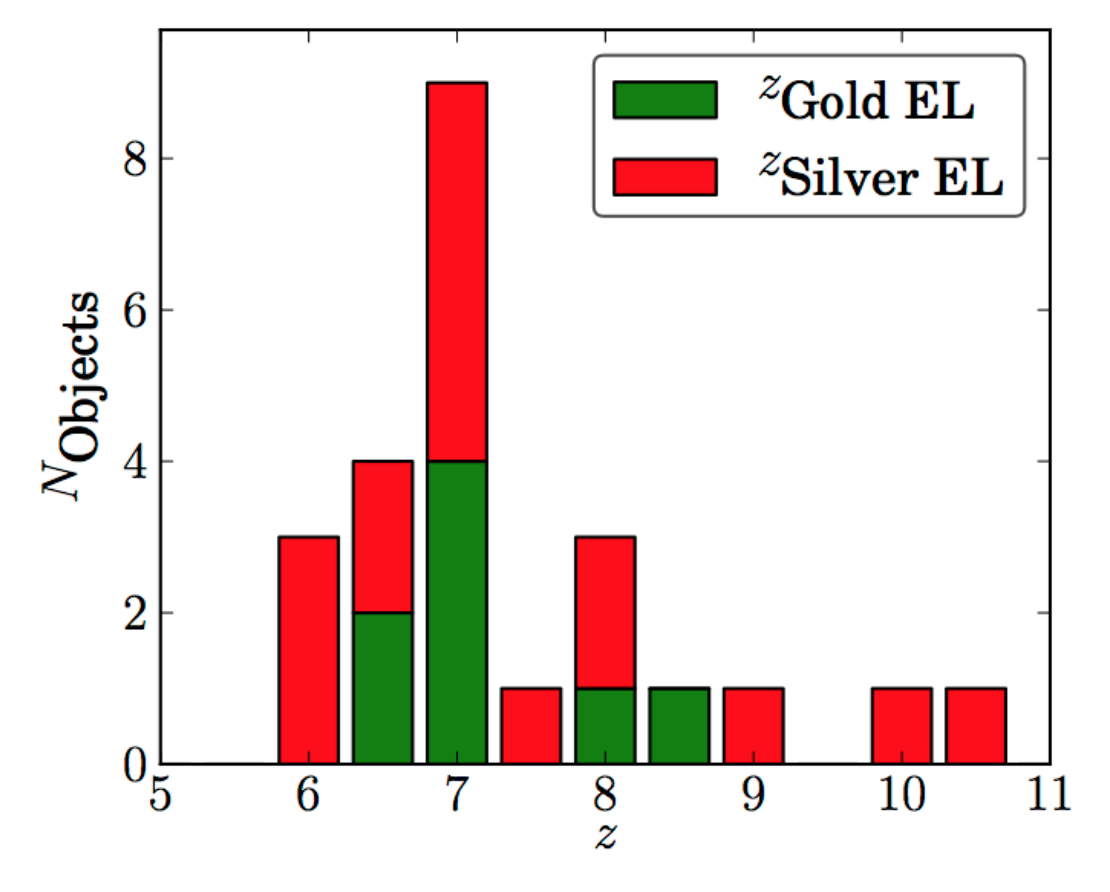 The histogram in the figure shows the redshift distribution of the 24 Lyα emitters found in the first 60% of the GLASS data. The LAEs are split into a “gold” and “silver” sample indicating the most and less likely LAEs, respectively.

The discovered fraction of Lyα emitters is consistent with the number of detections, within the uncertainties, expected from the conditionally probability of Lyα emission measured from the ground at z ~ 7. Deep high-resolution ground-based follow-up spectroscopy is needed to confirm the Lyα emitters, as exemplified by the independent Keck-DEIMOS confirmation of one of the sources from Schmidt et al. (2016), which we described in the paper by Huang et al. (2016).